Common standards for the Russian-to-English translation of names hammered out in St. Petersburg

The announcement was made by Konstantin Sukhenko, Chairman of the St. Petersburg Cultural Committee, at a press conference held yesterday. In the near future, all of the names of the city’s cultural institutions, historic sites and geographical reference points will be uniformly translated into the Latin alphabet with an emphasis on user-friendliness for foreign tourists. The “Translating Cities” project is being implemented though the efforts of the local translation and academic communities and interested St. Petersburg activists. 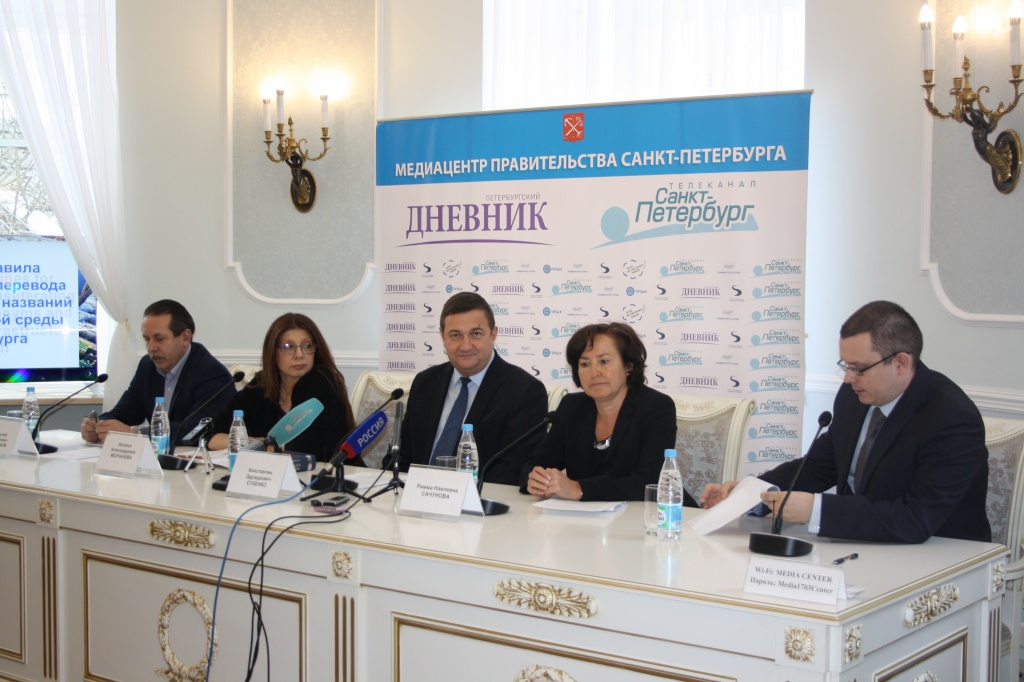 The principles and rules governing the transliteration and translation into English of the names of St. Petersburg’s local sights was approved by the Toponymical Commission under the auspices of the St. Petersburg Government late last year. The elaboration was handled by the working group, including specialists from EGO Translating Company and the St. Petersburg Division of the Union of Translators of Russia (UTR), representatives of St. Petersburg Metro SUE, the St. Petersburg Tourist information Bureau, and the St. Petersburg City Center for Advertising Placement, as well as experts from the professorial corps of the city’s highest academic institutions. Today, the rules are being used to compile glossaries with the English-language names of all of the locations in the St. Petersburg urban environment, from railway stations and monuments to post offices and schools. The correct names will soon appear on city signage, transit systems, guidebooks and tourist directories.

St. Petersburg Cultural Committee Chairman Konstantin Sukhenko noted the timeliness of the project in light of the major international events about to descend on the city, arguing that at a time when St. Petersburg is preparing to enter the world spotlight as a prime destination, the main objective for local authorities is to create comfortable conditions for visits by tourists, athletes, culture figures, and business people. As Konstantin Eduardovich succinctly put it: “We’ve hosted international events before, and we all remember the jokes about the bad translation of some of the city sights. There’s no question that St. Petersburg will continue to host such large-scale events, so we’d like to avoid any inappropriate mistakes or ironic errors.” 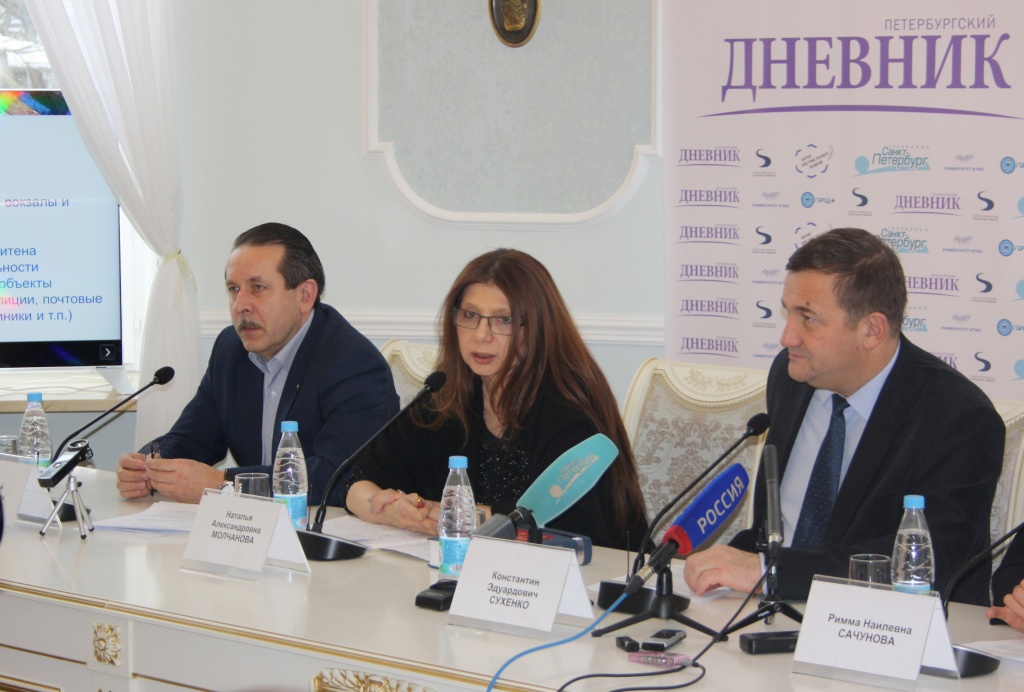 Despite the seeming simplicity of the task, the translation and transliteration of the names of city sights requires painstaking study, consulting a wide variety of specialists and sources, and thorough verification of the results. “Translating Cities” is going to be implemented according to the crowdsourcing principle, with the involvement of members of the St. Petersburg translation and academic communities as well as volunteer translators. A designated website has already been set up at toponyms.org, where everyone can leave their ideas, comments and suggestions, and familiarize themselves with the new translation and transliteration standards. Coordination of the work involved in implementing the “Translating Cities” project has been assumed by the UTR St. Petersburg Division, the Toponymical Commission under the auspices of the St. Petersburg Government, and EGO Translating Company.

“What we’re discussing today is a Russian precedent: there have never been any standards for the English translation and transliteration of city names before. It’s no coincidence that the initiative was born in St. Petersburg, with its rich cultural heritage and endless tourist flows,” said Natalia Molchanova, President of EGO Translating Company.

Deputy Director of the St. Petersburg City Center for Advertising Placement, Nikolai Popchenkov, remarked that the organization had embarked on its own toponymical endeavor some years ago, but that its efforts bore little resemblance to the enormous workload envisioned under the “Translating Cities” project. He believes that the standardized approach to the English translation of local place names will make navigating the city much easier. “We already have to make signs in two languages – starting in the downtown core. Imagine a foreign tourist just emerging from Moskovsky Station for the very first time. How is he supposed to get around?” 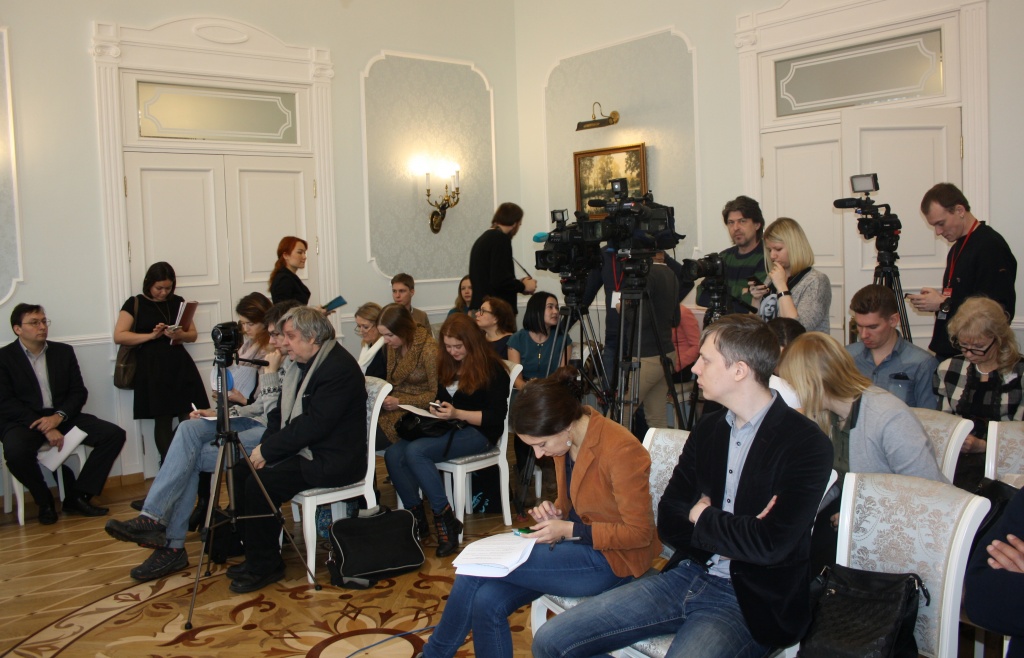 Rimma Sachunova, Deputy Chair of the St. Petersburg Committee for the Development of Tourism, noted that the translation of city place names into English is just the beginning. According to Sachunova, attention should already be turned to other languages, such as Chinese, particularly in light of the fact that tourist flows from China to St. Petersburg have experienced a manifold increase in recent years.

Not all of St. Petersburg’s sights can be translated – in fact, most are transliterated. That finer point was made at the press conference by Andrei Ryzkhkov, an expert at the Toponymical Commission at the St. Petersburg Government. The rules of transliteration for the best-possible adaptation of foreigners to the Russian-speaking environment prescribe writing the word “Ulitsa” (улица) on all information signs as opposed to “Street,” and using the word “Bolshoi” (“Большой”) in place names. These are just some examples from the new transliteration and translation rules. You can learn more about the project on the website toponyms.org.

Queries on the “Translating Cities” project should be directed to the PR Department at EGO Translating Company by contacting (812) 244-2010 (phone) or by sending an email to pr@egotranslating.ru