EGO Translating Company and the Union of Translators of Russia have announced the winners of the young translators competition.

On Tuesday, 19 April, the official ceremony took place for the presentation of the Sensum de Sensu Award – the top prize in the eponymous All-Russian Creative Competition in Written Translation. The event was hosted by the St. Petersburg Chamber of Commerce and Industry. Organization of the 16th edition of the exciting final was left to EGO Translating Company, the St. Petersburg Division of the Union of Translators of Russia, the St. Petersburg Chamber of Commerce and Industry, and the area’s leading local colleges. The finalists and winners in the different nominating categories were presented with their prizes by the chairs of the respective competition commissions.

The aims of the prestigious competition are manifold: attracting the attention of students and young specialists, promoting them on the translation market, and giving them the opportunity to test their skills in near real-world conditions. 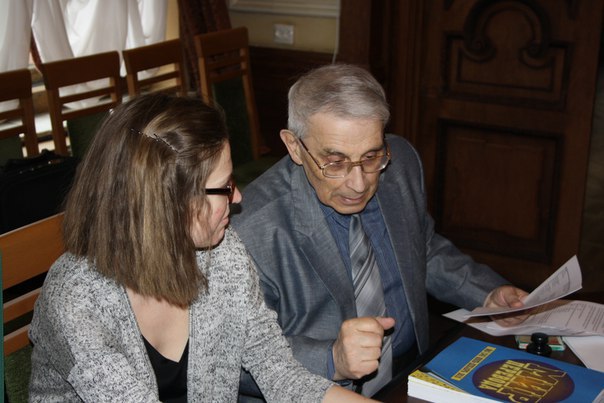 That same day, on 19 April, the Union of Translators of Russia celebrated both its 25th anniversary and the 16th anniversary of the Sensum de Sensu competition. EGO Translating Company also marked a slightly-more humble, interim anniversary – the 10th as the competition’s co-organizer. All of the commission chairs noted that this year, despite the difficulty of their assignments, the competitors demonstrated outstanding results, both in terms of translation quality, as well as in terms of translation problem-solving techniques.

EGO Translating Company thanks its colleagues for yet another great competition and congratulates the participants on a job well done. Wishing everyone much creative success and many professional victories in this challenging yet highly-interesting field!