EGO Translating Company has shared its experience in developing guidelines for translating toponyms and objects of city infrastructure with international audience. 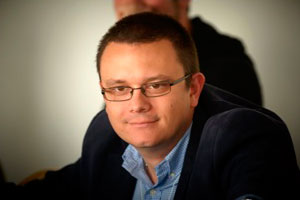 On February 12 Ilya Mishchenko, the company’s Managing Director and Board member of the Translators Union of Russia, held a webinar on the platform of Globalisation and Localisation Association entitled ”Translating Cities: Challenges and Opportunities”. He spoke on the importance of unified set of rules and guidelines that should be applied when translating and transliterating elements of urban infrastructure.

Rendering such elements in other languages and scripts is one of the most significant problems facing the translation and localisation industry. As a rule, city authorities in Russia rarely check whether names of streets, parks, theatres and major sights are properly translated into English, which usually leads to embarrassment when obvious blunders become the centre of attention in mass media.

The project to draft guidelines on translating and transliterating elements of urban infrastructure is essential for cities that host large-scale international events, as well as for tourist centres. According to the speaker, unified transliteration rules not only allow for increased mobility of foreign tourists and ease of navigation, but also helps create a better image of a city.

In his presentation Mr. Mishchenko noted that the main goal of the project in St. Petersburg was to pass these regulations as an ordinance of the city government. It should be pointed out that the rules are being developed taking into account several underlying principles, namely, consistency, scalability, and most importantly, applicability.

It is vital to note that the initiative taken by St. Petersburg branch of the Translators Union of Russia and EGO Translation Company is supported by city organisations on various levels. The task group for developing the guidelines includes representatives of the Toponymic Commission, city Tourism and Media Committees, as well as leading universities.